Sitanunku Back Out - TRUST BANK to SPONSOR ANOTHER VILLAGE

In an unfortunate but understandable set back, the Village of Sitanunku have backed out and have opted for their mentor Mr Marcel Hendricks to directly fund a Solar Water Pump rather than sponsor Lights and work on the Loan based on the ComAfrique ZonLight Initiative.  While the majority apparently were united in exhibiting their self sustanability and independence on water and light, a few villagers on the committee commented that since the EcoHotel project of Mr Marcel Hendricks would anyway be responsible for providing Light and water to the region, they opted out and preffered to take cash from him rather than implement their own water and light with the ComAfrique Initiative.
However, Trust Bank that had so magnanimously agreed to give the villagers a loan for their Solar Water Project bsed on our Initiative, they have since suggested that they would like to sponsor a village with ZonLights and we await further communication with them.
Posted by RamMohan at 1:26 PM 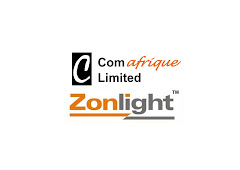